Pauto® was in the GIANT event 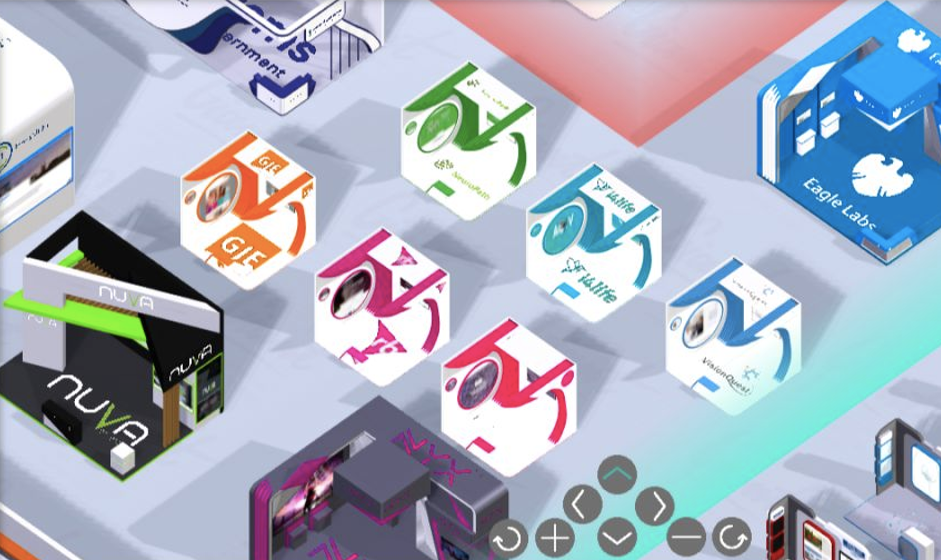 i4life and pauto® were at the GIANT fair. The GIANT fair in London was held ‘in London’ on 1 and 2 December. But not in real London, but in a virtual London… from the homes or offices of all participants. The Giant Event of Innovation and New Technologies for Health will be bigger and better this year, in virtual format. It will bring together more than 177,000 health technology innovators, offering more direct commercial network services and more personalized participation opportunities.

The event will consist of an exhibition where attendees can visit the exhibitors and arrange appointments and meetings with them.

We also were there: i4life presented its solutions for tracking chronic patients in remote mode. Parkinson’s patients presented our smart stick ®, exposing their usage experiences.

How does a virtual congress work?

At the fair we had our stand, which we attended through a video camera and a chat. As well as a continuum of talks, conferences and round tables.

Summarizing everything is complicated, because there were many simultaneous sessions, so we are going to limit ourselves to telling you how it was the second day, in room 3.

In this session, the members of Parkinson’s Concierge were presenting a fast-paced, dynamic and very high-level day around their goal: to help Parkinson’s patients as long as the cure arrives.

It was a very long session; from 9:15 to 17:30 with a sparse hour to eat… the first big surprise was the dedication of the organizers, of which I want to put name and photo because I think they are heroes who are fighting for a collective that has much to thank them for. And you have to know them.

They are Charlotte Allen, Russ Bratford, Hellen and Richard Underwood. The day after, on December 3rd, I know that it was physically hard for them; those affected by Parkinson’s need longer recovery times, their energy runs out before that of others, but they have invested energy and succeeded, so I know that day they were exhausted but happy, because it has certainly been a success what they have organized and how it has come out.

Lounge 3. Living a life with Parkinson’s

Dr. Amit Batla  exposed his experience with technology, emphasizing the need for inventions to be made known to medical professionals and make their lives easier, integrating with their usual patient tracking tools.

“Technology can be driven. Physicians should drive it” Dr. Amit Batla

When talking to patients, at a round table, they raised the particular characteristics of Parkinson’s patients: little patience to learn how to handle complex tools and in some cases, by age, little technological capacity.

At two in the afternoon, after the lunch stop, it was time for the show ‘The parkinson’s house’, a replica of big brother, voiced by Big Brother’s host in the UK. In this show, patients described  the difficulties they suffer in their day-to-day life at home and showed some of the solutions that helped them.

Just to mention some of the proposed solutions: pauto®, the smart cane  and kizik, shoes that can be fit without bending nor tying the laces.

Then it was the turn of Matt Eagles, a Parkinson’s affected man who was diagnosed at the age of 8. A lifetime living with this disease and a patient awarded internationally for his energy and positivism. Volved to the maximum in testing solutions and giving voice to those affected. He introduced the  parkylife website, an attempt to give visibility to those affected.

And then came the turn of Scott Rider, another Parkinson’s patient, who was Olympic, an elite athlete at Ohio State University. He presented a really surprising vision of life with the disease. In addition, to full of jokes and fun, he reminded us of its motto IWNQ (I Will Never Quit). And he put the accent on his way of living his day-to-day: “I never deny that I have Parkinson’s. What’s more, I say it as soon as I can. And usually attached to one or two bad jokes about the disease.”

In order to continue his social life, he maintains that the only difference is that those affected by Parkinson’s require ‘thinking before leaving’. It’s important to remember three or four things:

He left us a phrase that works for him and recommends:

This will make everyone better and, above all, you.”

The day was coming to an end, but we had one talk left, one last jewel. David Leventhal, a New York dancer who has launched a face-to-face (and now virtual) initiative that provides a solution to the motor disorders associated with Parkinson’s: dancing.

On this website danceforparkinson.org there are many graphic testimonies of the importance of moving with purpose, of staging life to overcome the lack of expressiveness that sometimes involves Parkinson’s Disease.

Amazing experience of listening and understanding the difference between stretching (boring and sad) and making the same movements linked to music and performance (fun and enriching the soul).

Dance, contrary to what we can think of, is a way of mixing four aspects of the individual: physical, cognitive, social and emotional aspects.

As Cindy, a woman with Parkinson’s, told us in one of her videos, sometimes her illness prevents her from walking and then she dances. And his movements become sweet and fluid… it seems like magic but no, it’s just art, music and feeling.

Undoubtedly our presence and participation in the GIANT event, in addition to providing visibility to our products has provided us with very interesting information for the company. Listening and collaborating with patients and neurologists enriches us and provides us with keys to do more and better in our search for solutions that help improve the lives of people with Parkinson’s.